When this BJP government assumed office on 9th March 2012 the then Chief Minister Manohar Parrikar had rightly pointed out that Goa’s exploding population needs to be frozen. But this government has done nothing towards achieving this end, except the empty talk on Special status for Goa. Infact the government has been drafting in more ‘migrants’ and even posting them in high positions despite there being no dearth of qualified Goans available. The role of the Goa NRI Commission should have been to act as a catalyst in drawing avenues and opportunities to encourage Goans currently out of Goa to return back and preserve their soil.

Historically, Goan emigration patterns have unique characteristics which differ from the rest of India.  The Inquisition and religious persecution were evident in the sixteenth century. Later, the Portuguese and the Jesuits introduced excellent schools with Portuguese and English as the medium of instruction. However, there were no opportunities available in Goa for the products of the system which were snapped up elsewhere. This trend is evident even in the present day.

Mumbai (Bombay) and service on ocean liners were the targets for emigration at the turn of the 19th century. This changed to East Africa, and when the doors closed there, the Gulf States beckoned. In recent years it has been United Kingdom, Canada, Australia and the United States.

Though the Catholics have always been a minority within Goa, they have been the majority in terms of emigrants. The reasons for this are complex but their names, religion, diet, attire etc. led them to be easily identified. The Goans abroad developed a pride in their identity, which passed from one generation to the next and also manifested in an urge to preserve the culture and assist their kith and kin back in Goa.

The motives were not always altruistic. The Non Resident Goan was known to flash his wealth in a most obscene manner in order to attract attention and in the hope of obtaining recognition. Church roof repairs, school extensions, Community halls etc. were the favoured targets of charity as one could then negotiate the mounting of a plaque to record the generosity for the world to see.

There remains a disturbing perception of the ideal Goa as seen by the average Non Resident who would have liked it to remain unchanged, and as a source for cheap idyllic holidays. The Non resident Goans and more importantly, the youth want to see changes with employment opportunities. They would prefer to make their home in Goa.

Fortunately, in recent years, there have been changes in how overseas Goans perceive Goa. This has largely come about because of computer communications and also because of the greater tolerance and even encouragement of ethnic cultures abroad. There are a number of electronic mailing lists for Goans – international ones, regional, village, alumni, etc. and they focus on issues and projects for the support of Goans in Goa and those abroad. Communication between Goans even in the same neighborhood abroad, which was once impossible, is now available to all.

Goans abroad have invested in Goa whether it is money deposited in Goan banks, holiday homes or in business ventures. However, the overseas Goans are not always totally satisfied with what they see in Goa. They are repelled by the culture of corruption that has become a part of the new Goan society and just cannot relate to the acceptance of these standards.

The bureaucratic processes endemic in Indian methodology puts off many Non Residents from investing locally. Over the years International Goan Conventions have been held to deliberate on issues concerning Goa and related to Non Residents. There had been a unanimous demand for the Government of Goa to set up an NRI (Non Resident Indian) Centre as a focal point to redress problems of NRIs and to see what role they could play in the progress and development of Goa. In response to this demand the Government of Goa set up a “NRI Commission”.  We have yet to see anything concrete achieved by this outfit, which started in February 2006 with ambitious plans.

Many NRIs after years of service abroad long to settle in the land of their origin. But for many reasons they get disheartened and give up. For someone who has never witnessed water supply shortages or power failures it is a nightmare coping with the erratic water and power supply which has been a matter of routine in this State of Goa. NRIs also feel that the prospects of a good education in Goa for their children is bleak and this is something the Government should focus on. Good hospitals and quality professional educational institutions are something Goa so dearly needs.

Overall, if Goa’s infrastructure is improved this will motivate many NRIs to come back and set up shop in the place that is so dear to them. But politicians have their fingers in every pie, and nothing runs professionally or free from political interference.

In recent years a lot of Goan politicians have made overseas trips, ostensibly as study projects abroad. It was expected that they would bring home some ideas to improve things here. Unfortunately, these trips at taxpayer expense have in reality been shopping and sightseeing junkets for our politicians.

The modern NRIs are far more professional, skilled, articulate, motivated, caring and affluent than the previous generation. They have an empathy towards Goa and regard it more than just another holiday destination. These sentiments have to be tapped by the Government with the aim of seeking mutual benefit. But all too often the Government is out to exploit and fleece them.

Many Goans feel the urge to play a role in shaping the future of Goa but the authorities would have to play their role to encourage NRIs to return and invest their skills and savings in the land of their roots. The very high level of corruption in Goa is something every NRI detests.  So a war on corruption by the Government of Goa could be the starting point in bringing Goa closer to every NRI Goan. 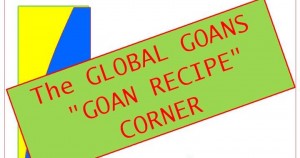 GOA WILL NOT SURVIVE WITHOUT GOANS – Aires Rodrigues