Laxmikant Parsekar, who himself claims that becoming the Chief Minister was a lottery,  turns 60 on July 4th and will celebrate the day in his constituency at Mandrem. Now, the power intoxicated BJP has decided to stage-manage another Mega Birthday Bash for him at the Taleigao Community hall on 5th July, which is totally uncalled for. The BJP may well claim that it is footing the bill but we all know how the official machinery is misused and businessmen coerced to pitch in on such occasions. We saw this happen at Manohar Parrikar’s 60th birthday at Campal on December 13th last year.

Goa is reeling through an acute financial crisis. The Government has rightly called for rigorous austerity measures.  This birthday celebration would be akin to Nero playing the fiddle while Rome was burning! The Chief Minister himself has recently advised Ministers and MLAs to attend fewer functions and focus on development work.

It would be prudent for the Chief Minister to show his Statesmanship and ensure that the additional and needless July 5th extravaganza is not held and the money is instead channelized to charity towards the old and the needy. This will also help lift the sagging image of his Government. Yes, Elections are round the corner but display of pomp and gaiety at the taxpayer’s expense will only further outrage and infuriate the Voter.  With tomatoes at Rs 80 a kilo, it is hoped that Laxmikant Parsekar will not add to the tears of the Aam Aadmi. 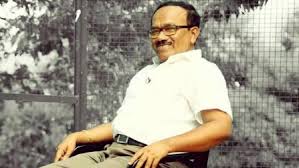