Today is Goa Statehood day but there is nothing to celebrate about. Goans now  realize the trap they got into by craving for statehood. An illusion gone awfully sour. With statehood the common man has lost but only the politicians have become crorepatis. As a Union territory, we were ably managed with 28 MLAs and a cabinet of four. Today Goa is totally mismanaged with 40 MLAs and a jumbo cabinet of 12.

Very frankly the performance of the current BJP Government would have to be rated at Zero, given that Goans were promised the moon with Zero Tolerance to Corruption and Good Governance. It has been only U turns and rampant corruption all the way. The cavalier manner in which the current BJP government is heartlessly and mercilessly destroying Goa should be a matter of great concern.

It is distressing to see and be witness to the continuing rampant destruction and devastation of Goa. In 2012 the BJP had promised a ‘Parivartan’ and ‘Acche Din’, but Goa is sadly by the day just getting further corroded beyond recognition. It should have been the endeveaour of those in power to at least salvage and safeguard what remains of Goa. Unfortunately Goa is getting defaced at an electrifying speed. Posterity will never forgive the current rulers for their selfish and dubious role in this further irreparable damage and destruction of what was once a beautiful Goa, the Paradise of the East. Sorrowing lies our Goa. 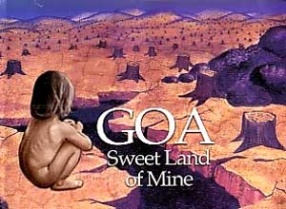