The politically well connected Atmaram Nadkarni who has recently been appointed as the Additional Solicitor General is now lobbying very hard to continue as the Advocate General of Goa so that he can merrily milk two cows. This would be totally unprecedented besides being totally illegal. But in a regime where the rule of the jungle is the order of the day, anything and everything is possible.

Several Advocate Generals in the country including Atmaram Nadkarni have been accused of serious wrong doings but alongside these controversial ones we have had some outstanding ones too. It is time to lay down the procedure and protocol for the selection to the High Constitutional posts of Attorney General, Solicitor General and the Advocate General in the States.

JM Thakore, Gujarat’s Advocate General in 1960 was India’s longest serving Advocate General. He worked under 27 state governments and 13 chief ministers, intersperse with five spells of President’s rule. He had the unique and remarkable distinction of holding the post as Advocate General of Gujarat from the day the state was formed till his death, a period of over forty years. His fierce independence, dedication to the profession and unimpeachable conduct ensured that successive governments of widely differing political ideologies continued to have him as the Advocate General.

The late H.M. Seervai, India’s outstanding lawyer, jurist and scholar in constitutional law was Advocate General of Maharashtra for 17 long years with great distinction. He achieved an exceptional stature by his inflexible integrity, strong courage and conviction. As Advocate General of Maharashtra from 1957 to 1974, Seervai maintained the high stature as he was not a political appointee and did not consider himself one. Governments came and went but Seervai was not called upon to resign. His total disconnection from politicians and politics was his greatest strength. He dedicatedly defended Government in Court but declined to defend government policies which he felt were against his convictions. Seervai was quite unconcerned of financial rewards in the profession and had contempt for Advocates who prided themselves in having a lucrative practice. Lucrative, according to him meant greed for gain. Once asked if it would not be wrong to take high fees if clients were willing to pay them, Seervai retorted, “If a man was willing to be robbed would you be a thief?” 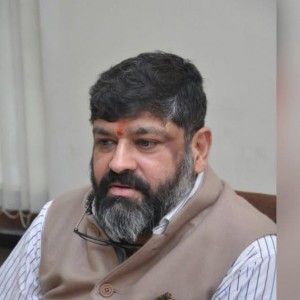 ADVOCATE GENERAL SHOULD NOT BE A POLITICAL APPOINTEE – Aires Rodrigues