While Goa is gearing up for the next Assembly elections which are due in less than a year, is the appointment of Retired Justice P.K.Misra just a cosmetic exercise by the BJP to fool the people of Goa that they have fulfilled their promise of appointing a Lokayukta. By the time Justice Misra takes over and sets up shop, the term of this government which has been embroiled in scams galore will be over.

Similarly, the Goa State Information Commssion which was kept dysfunction ally for the last many years was constituted only earlier this year but expectedly has been loaded with BJP parrots.

In 2012 to usurp Power the BJP had deviously promised the moon including a Lokayukta within 100 days besides Zero Tolerance to Corruption and Transparency in administration. That they have starkly reneged and made a U-turn on every promise made is there for all to see. 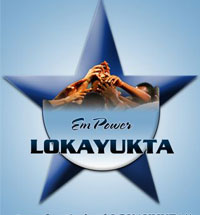 APPOINTMENT OF LOKAYUKTA A COSMETIC EYEWASH BY THE BJP – Aires Rodrigues