Goa Chief Minister Laxmikant Parsekar should in public interest sack the notorious and disgraced Advocate General Atmaram Nadkarni so that the probe against him is free and fair. This is all the more important in view of the very disturbing revelations of Atmaram Nadkarni’s dubious links with the now fugitive flamboyant liquor baron Vijay Mallya.

By his exceptional skills in wining and dining Judges, the damage done by Atmaram Nadkarni to the Independence of the Judiciary in Goa over the last four years in particular may be irreparable. Temples of Justice cannot end up as dens of chicanery and jugglery.

The 7th President of United States of America Andrew Jackson had then so very rightly said “All the rights secured to the citizens under the Constitution are worth nothing, and a mere bubble, except guaranteed to them by an independent and virtuous Judiciary” 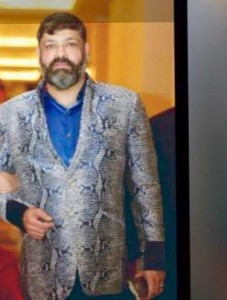