Thank you all very much for your kind good wishes on my new Avatar. My life has been an open book and over the last 40 years raising issues against the illegalities of successive government has not been an easy task. Truth hurts but it is only truth that will always ultimately prevail. In the issues that I have raised over the last four decades it has never been personally against individuals but the wrong doings of those in power regardless of which party has been ruling.

During the Congress regime I was branded as a BJP man, now the BJP feel the reverse. But I am what I am,  having from the Lower Courts to the High Court and the Supreme Court of India done my duty in raising a whole range of issues concerning the public at large.

We should never compromise or surrender our fundamental right to speak out openly and candidly against anything that is wrong.  Let us never hesitate in taking the bull by the horn. The corruption cases filed by me against politicians including now Defence Minister Manohar Parrikar and pending in various Courts in Goa will be vigorously pursued. The cancer of corruption needs to be dealt with an iron hand.

By the way, we must be thankful to the Chief Justice of India T.S.Thakur for rejecting the very tainted Advocate General of Goa Atmaram Nadkarni for the post of Supreme Court Judge. A ray of hope for the Judiciary.

May the care, concern and compassion of every Goan wherever he or she is be always for Goa.  We will all one day depart but our Goa must live. 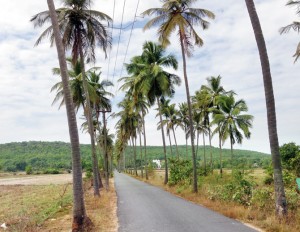 WE WILL ALL DEPART BUT GOA MUST LIVE – Aires Rodrigues