I was not at all surprised when informed yesterday by two Senior Officers that the Defence Minister of India Manohar Parrikar and Advocate General of Goa Atmaram Nadkarni are clandestinely behind the false and malicious complaint filed against me by the Colva Panch Calvert Gonsalves under the guidance of Adv. Rajeev Gomes and in collusion with Padmashree Remo Fernandes.

Manohar Parrikar and Atmaram Nadkarni who over the last four years have been exposed for their misdeeds have been desperately trying to settle scores with me and may have felt the Rajeev Gomes troika may now come in handy. But to their sheer dismay only the truth will prevail.

On August 18th last year while addressing a BJP media management session held at Hotel Mandovi in Panaji, Defence Minister Manohar Parrikar publicly had aggressively exhorted his party workers to go all out in targeting me.

Known for his very vindictive nature, Manohar Parrikar has been working overtime to try and corner me while yearning to catch me on the wrong foot but I strictly at all times act within the parameters of law. The only law which I could be claimed to be violating is in riding a two wheeler without a helmet but have a medical certificate to that effect too.

My life has been an open book and over the last 40 years raising issues against the illegalities of successive government has not been an easy task. Truth hurts but it is only truth that will always ultimately prevail. In the issues I have raised over the years it has never been personally against individuals but the wrong doings of those in power regardless of which party has been ruling. During the Congress regime I was branded as a BJP man, now the BJP may feel the reverse. But I am what I am,  having from the Lower Courts to the High Court and the Supreme Court of India done my duty in raising a whole range of issues concerning the public at large. We should never compromise or surrender our fundamental right to speak out openly and candidly against anything that is wrong.  Let us never hesitate in taking the bull by the horn.

I have had nothing personal against anyone about whom I have raised issues over the years. When highlighting an issue, it is bound to hurt some. Have I hurt one too many? One has to have the spine to speak out against things that are wrong. It shall always continue to be my endeavor with added vigor to carry on the cumbersome task of highlighting any injustice that I see. Nothing will ever deter me and my commitment in this regard. Even the risk of losing one’s life is a small price one may have to pay in the bigger battle against corruption, nepotism and injustice.

Perhaps, the public statement yesterday by our Honourable Deputy Speaker, Vishnu Surya Wagh, that “tolerance towards Opposition has declined in Assembly” rings true throughout the country, in exposing the true face of the party and the Government in the State and  at the Centre. We will all one day depart, but the remains of our once beautiful Goa must live for posterity. 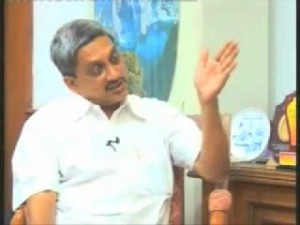