The recent acrimony between Advocates and the Bombay High Court was very unfortunate an undoubtedly a very sad chapter for Goa’s Judiciary.  The issue is not just only over the shifting of the Panaji Courts to the Spaces building at Patto Plaza but what is highly objectionable is the manner in which it was done showing scant respect to the legal fraternity. The demonstrated lack of the Independence and Transparency of the Judiciary in Goa has to be a matter of concern to us all.

It is outrageous and condemnable that the Advocates were informed only the earlier evening and that too, through a notice pasted at the entrance of the Court, that from the next day the Panaji Civil and Criminal Courts would start functioning at the Spaces building. There was sheer lack of openness and a total veil of secrecy, perhaps fully conscious that bulldozing the moving of the Courts was with criminal motives and clearly to put a seal of approval on a dishonest 2013 deal by then Chief Minister Manohar Parrikar and his friend the owner of Spaces Building Nilesh Amonker.

The Advocates are an integral part of any judicial system and the Bombay High Court miserably failed in taking into confidence the stakeholders. The glaring multi crore scam in the leasing of those premises at the Spaces building is manifest even to the naked eye. It is regrettable that the Judiciary and the Bombay High Court in particular played fiddle to the ulterior motives of the government in renting those premises located adjacent to a garbage dump at a very exorbitant rate of five crores a year to the benefit of the owner of the building and to the detriment of the tax payer. Sadly, such actions by the Judiciary, on its administrative side, will force the common man to lose faith in the last bastion of justice. For, Caesar’s wife should be beyond suspicion, so should the Judiciary, even on the administrative side. The Judiciary needs to come out of the cocoon and prove itself as one of the true pillars of the Constitution.

If the intentions of the government in leasing the Spaces building were genuine there would have been transparency in the whole process. But for reasons now known to us all it was not so. The conduct of the government in this entire episode is not surprising, but that the Judiciary in its administrative side, did not handle the issue appropriately, raises serious doubts about the sovereignty of the Judiciary. The Judiciary should have never compromised its autonomy and succumbed to such a devious and deceitful move of the government.  Could it be that some retiring Judges are looking for greener pastures after their soon-coming retirement, this forcing them to be pliable and even hobnob with the Government? Incidentally it is rightly advocated that Judges should be given a cooling off period of at least two years before they can be appointed to any post after their retirement.

The consolation that these Courts at the Spaces building are plush and air-conditioned is an eye wash. All this needless glossy luxury at what cost. The government is financially bankrupt and has even officially stated that it had no funds to even hike the long overdue travelling allowance of the Court bailiffs in Goa.

Moving the Panaji Courts to ‘Spaces’ as a stop gap arrangement till the Merces Court complex is ready was senseless. Instead the Merces Court project should have been expedited to avoid this unnecessary colossal and criminal waste of public funds.

On 2nd November 2009 at a pompous function  the foundation stone was laid for that North Goa District and Sessions Court Complex at Merces which was supposed to house all the Panaji Courts. We were then promised that those premises would be ready within a year. It is over six long years to the laying of that foundation stone and not a brick has been cast with that foundation stone itself having long gone missing with those building design plans by now perhaps feasted on by the white ants.

The Bombay High Court by an order on 8th September 2015 has directed that the Courts should start functioning from the Merces Court complex on 16th of January 2018. This will just not happen, while the government will carve its way through to give enough further space to the owner of Spaces to continue bleeding the exchequer.

The framers of the Indian Constitution had envisaged a free, fair and independent Judiciary. It was never visualized that Courts would ever end up as dens of chicanery and jugglery. It was incumbent to ensure judicial accountability at all times with the entire judiciary conforming to the highest standards of uprightness and integrity. If Judges cannot independently balance the scales of Justice, the temples of Justice become redundant. The current hotline enabling communication between Politicians and Judges through a dubious interface by way of the flamboyant Advocate General of Goa Atmaram Nadkarni compromises and ruptures the very sovereignty and sanctity of the Judiciary.

In the words of the 7th US President Andrew Jackson “It is to be regretted that the rich and powerful too often bend the acts of government to their own selfish purposes. All the rights secured to the citizens under the Constitution are worth nothing, and a mere bubble, except guaranteed to them by an independent and virtuous Judiciary” 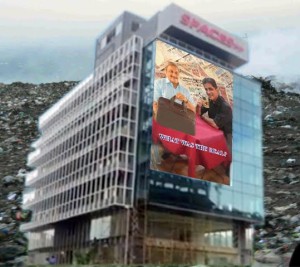