The beleagured Pop Star and Padmashree Remo Fernandes is attempting to mislead the Court through patently false statements made in his Anticipatory bail application.

The entire contents of Remo Fernandes’s Anticipatory bail application is a loaded bunch of lies and false accusations. The Pop Star needs to be exposed and nailed for making phony and reckless accusations against the sister of the accident victim who is also a minor. By now also insulting the sister of the victim, Remo Fernandes is liable to be booked for further charges under the Goa Children’s Act.

The factual sequence of events of the very high-handed and cavalier misconduct of Remo Fernandes after that December 1st accident would be all placed before the Goa Children’s Court when his anticipatory bail application comes up for hearing on January 5th .

Despite all the evidence on record establishing beyond doubt that Remo Fernandes‘s son Jonah was driving the car in a very rash and negligent manner, the Pop Star who was seated in the car next to him, is now trying to fabricate a imaginatory tale that some buffaloes ran across the road.

The entire police records of the accident case nowhere makes any mention of buffaloes crossing the road. Remo Fernandes has made-up this cock and bull story as a fake defence in an attempt to desperately try and save his son from the charges of rash and negligent driving.

By the way, can Remo Fernandes please enlighten us on which ancient Calculator did he use to deduce that Rs 25,000 to Rs 28,000 was the total expenses the very grievously injured victim would incur during her six months in bed recuperating from her injuries.

The girl will hopefully one day get well from those accident injuries but may never pull through Remo Fernandes’s verbal abuse. “Why are you alive? You should have died” is what Remo Fernandes is accused of having allegedly said while verbally abusing the minor girl at the Goa Medical College hospital at Bambolim.

Remo Fernandes has been booked under the very stringent Goa Children’s Act in which unlike other laws the onus is on the accused to prove that he is innocent.

After firing his initial burly Panaji lawyer, Remo Fernandes has now opted for a flamboyant one from South of the Zuari. One should not be surprised if Remo Fernandes now levels extortion charges against him too and then hunts for a third alternative legal eye. Stay tuned and keep watching the Remo Fernandes show. And for once it is indeed truly a Free Show! 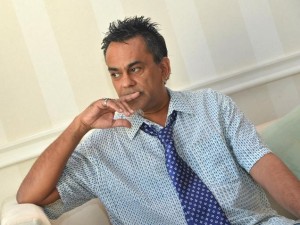