As we enter 2016 it shall continue to be my firm resolve with added vigour to carry on highlighting any injustice that I see and nothing shall deter me and my commitment in this regard. Fighting injustice is no easy task. One faces a backlash and more seriously the risk of an attempt on one’s life. Over the last 40years of fighting against injustice, nobody has been able to intimidate me. I have never been cowed down by any threats of consequences that I have had to face for speaking out fearlessly. Over the years I have never hesitated to take on the powerful and mighty over a wide range of issues. Even that October 13th 2008 brutal attempt on my life has not cowed me down but has only made be stronger and emboldened my resolve to stand up against the powers to be.

I have had nothing personal against anyone about whom I have raised issues over the years. When highlighting an issue, it is bound to hurt some individuals. Have I hurt one too many? One has to have the spine to speak out against anything that is wrong.   People do advise me to take extra precautions but this I shall not do! I have always led the life of a common man. I have been attacked many a times, but as the sufi mystic Kabir said “Jako rakhe Sai, maar sake na koi” (None can harm him who is looked after by higher Powers). The dedicated prayers and the love showered by the common men is what keeps me going.

Looking back over the last over four decades, I do not regret having taken up any issue I did. At times one pays a heavy price and fighting public causes does take a heavy toll on one’s health and well being. But we need to maintain the spirit and keep on fighting. Life is a very short voyage, a journey, the end of which we know not. So let’s keep up the fight. We owe it to Goa, or else posterity may never forgive us for having silently allowed our once beautiful State to just pass away.

With another attack possibly always looming, I shall, as always, remain unperturbed. I would rather die with a hope, rather than have hope die inside me. Let destiny take its course. My only wish is that my fellow Goans, especially the younger generation, will continue the battle against injustice and corruption. Each of us has to go someday, but our Goa has to live forever.

When I do have to depart, it shall be with a proud sense of accomplishment of at least having attempted to do something little for our beautiful Goa. I remain heavily indebted to all my teachers in school and college who imparted me the knowledge and guidance that has immensely helped me in all my, often lonely, crusades.

In death, one may be physically gone, but the spirit is always around. I shall await in heaven or hell – wherever I am dispatched – to witness that glorious day when Goa will be truly liberated from injustice, corruption and nepotism, all sadly a way of life today.

In the words of Corazon Aquino, widow of the assassinated President of Philippines, who went on to be President herself, “I would rather die a meaningful death than live a meaningless life.” 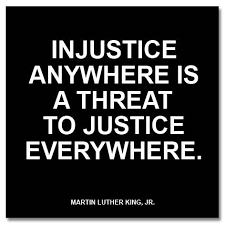 THE BATTLE AGAINST CORRUPTION AND INJUSTICE CAN NEVER STOP – Aires Rodrigues