The once beautiful and glorious city of Panaji is now only further decaying as Manohar Parrikar left his mess in the hands of his onetime Chaprasis Siddharth Kunkalienkar and Shubham Chodankar.

The now much talked about Smart City concept is yet another illusory daydream and just one more window of opportunity for the Panaji MLA and Mayor to pocket some mega bucks.

Two years ago lakhs were spent on a Spanish consultant appointed to prepare a Master plan for Panaji which led to the concretization of the Miramar- Dona Paula road and the disaster is there for all to see.

The authorities have been unable to even get the city’s major 18th June road in shape and free of potholes. The city needs to be also free of stray dogs and cattle.

Ironically with a so called IITian Manohar Parrikar as MLA for over two decades, Panaji is yet to be a Smart city. Maybe it’s time for the people of Panaji to smarten themselves and stop being fooled with fake promises. 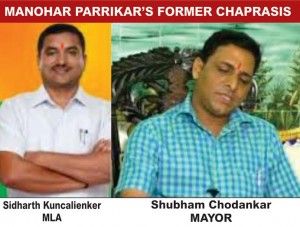