T.N.Mohan the Goa’s Director General of Police (DGP) is trying his best to bring some sanity within his force. But with rogues having infiltrated as cops his task is horrendous.

The DGP should set up a Special Investigative Team to probe the very dubious and allegedly extremely corrupt Inspector Dattaguru Sawant who is an eyesore in the Goa Police that must be weeded out.

Dattaguru Sawant who has deep roots in the BJP and the RSS was illegally inducted as a Police Sub-Inspector in 2002 during Manohar Parrikar’s first term as Chief Minister but his appointment was soon set aside by the High Court as unlawful. Dattaguru Sawant later moved the Supreme Court and has managed to keep the matter stalled and pending since 2004.

Incidentally Dattaguru Sawant was dismissed from service in 2004 for allegedly extorting money at Mapusa but managed to be reinstated in 2006. Dattaguru Sawant has had a criminal record even before becoming a police officer with an F.I.R registered against him in 1999 at the Panaji Police Station for having along with some BJP activists sprayed black ink on then Goa Pradesh Congress Committee President Shantaram Naik at the entrance of Cafe Bhonsle in Panaji. 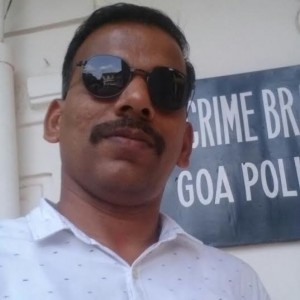