The Goa Government despite its own circular of austerity measures for cost cutting has relaxed the State Guest Rules to accommodate the Supreme Court Judge Rohinton Fali Nariman who is arriving in Goa on 6th November for a 10 day holiday. This has been revealed in the information obtained from the Protocol department at the Secretariat under the Right to Information Act.

As per the file notings the Protocol department moved a note on 11th September seeking approval for the stay of Justice Nariman in Goa. The note stated that as Justice Nariman is staying for more than three days the rule would have to be relaxed to provide protocol facilities for his 11 day visit. The Secretary Protocol cleared the file on 15th Sept and the very same day it was approved by Protocol Minister with no questions asked despite the note not giving any reason for the relaxation. Incidentally the Protocol Minister is Dilip Parulekar who is also the Tourism Minister and against whom various criminal cases are pending in various Courts including the High Court.

Interestingly the file notings reveal that the Protocol department did not seek the required approval of the Finance department despite there being a huge financial implication on account of relaxing the State Guest rules for Justice Nariman’s holiday.

It is very disturbing to note that Advocate General Atmaram Nadkarni had been pressurizing officers to breach the rules and illegally facilitate Justice Rohinton Nariman’s10 day holiday in Goa. The Advocate General should never act as a broker in organizing impermissible Government largesse for Judges as it compromises the very independence of the Judiciary.

It is anguishing that the Constitutional mantra ‘that nobody is above the law’ is being trampled upon by a Judge of the India’s highest Temple of Justice.

Justice Rohinton Nariman should adhere to the rules and like all other Supreme Court judges visiting Goa be a State Guest at Raj Bhavan for only three days. He must pay himself and not burden the tax payer for any other holiday that he wants to have in Goa.

59 year old Rohinton Nariman is the son of noted jurist Fali Nariman and was sworn in as a direct Judge of the Supreme Court on 7th of July last year and is scheduled to retire on 12th August 2021. 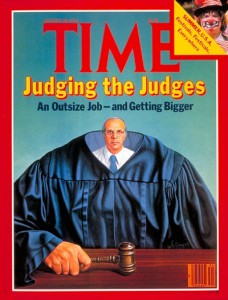