The solemnity and sanctity of Goa’s educational turf stands compromised with the very high-handed move under a veil of total secrecy to give Goa University Vice-Chancellor Dr Satish Shetye a two year extension.

This entire pre-planned move got the green signal of the 17 member Goa University’s Executive Council to amend the Goa University Statute SA-6 (1) (d) and give a compulsory 5 year term to the present Vice-Chancellor Dr. Satish Shetye who has completed three years.

Ironically Dr Shetye who benefits by this two extension himself presided over that very Executive Council meeting of which he is the Chairman. Incidentally the Vice-Chancellor is not supposed to take any major decision three months prior to his retirement. But Dr. Satish Shetye was able to bulldoze his extension through the Executive Council which comprises of his friends and BJP loyalists. This first ever change to the University Statute is being effected to give Dr Satish Shetye who is due to retire this month on attaining the age of 65 a further two years as Vice-Chancellor. This defeats the very spirit and intent of restricting the retirement age of the Vice- Chancellor to 65 years which was meant for induction of relatively younger persons and fresh blood in the management of the University.

Infact in September 2012 itself when Dr Satish Shetye was appointed as Vice-Chancellor by his friend and then Chief Minister Manohar Parrikar he lacked academic excellence, exposure to the higher education system in the country and abroad, and adequate experience in academic and administrative governance. Above all he did not have any of the much needed teaching experience.

The current lackluster Vice-Chancellor Dr Satish Shetye has no singular great achievement to merit such extra-ordinary privilege of a two year extension. Even the ‘A’ Grade gained by Goa University from NAAC (National Assessment and Accreditation Council) was not due to the present Vice-Chancellors’s own personal contributions but due to the collective efforts of all the Departments in the Goa University and the good work done by earlier Vice-Chancellor. Dr Satish Shetye’s only achievement is that he has acted as a dedicated mouth piece of the government and danced to the tunes of the ruling BJP in running and rather ruining the University. Dr Shetye’s extension was manipulated at the instance of the RSS elements within the BJP and would affect the University adversely by denying it the services of more acclaimed and capable national level personalities.

The rules require that the post of Vice-Chancellor be advertised six months in advance and a Search Committee can also be constituted to recommend to the Governor suitable names of persons to be the next Vice-Chancellor. But the authorities intentionally went into slumber as the extension now being sought to be given to the incumbent Dr Satish Shetye was well pre-planned. If the extension to Dr Satish Shetye is being doled away under the guise of he being knowledgeable and experienced, why have such extensions not been offered to other senior faculty members too.

Since the very inception of Goa University in 1985, all the Vice-Chancellors appointed have been from the Science stream. May be its time to get an eminent personality from other faculties like Arts, Commerce or Management appointed as the next Vice-Chancellor to infuse some dynamism and Acche din at the Goa University besides the much transparency in its working. 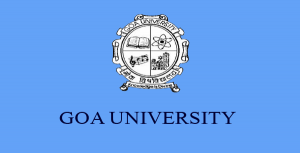