A well informed citizenry, transparency, and free flow of information are the very foundations of any successful democratic society. India may be publicly acclaimed as the world’s largest democracy but the ground reality is that we are now ebbing away as Democracy and non-transparency in the functioning of the Government cannot co-exist.

Besides freedom of speech without access to information is meaningless. Narendra Modi rode to power on his vow of ‘Acche din’ for the Aam Aadmi and Good governance. But it’s almost 17 months in power and the Prime Minister has not uttered a word on the RTI Act, leave alone on strengthening it. His then enthusiasm for freedom has been waning away and we now have an emerging culture of surveillance and secrecy.

As part of the ploy to subvert the RTI Act many of the Information Commissions across the country have been kept dysfunctional. Even those Information Commissioners appointed are ‘pliable’ retired government officials who have spent their entire career hiding information from public domain and cannot now be expected to bat for transparency in their post-retirement avatar.

For the common man, getting correct and accurate information under the Right to Information Act is today becoming a far cry. It is no surprise that the Gujarat government recently even denied information sought by Narendra Modi’s estranged wife Jasodhaben who was only seeking details of the police security provided to her.

Under Section 4 of the RTI Act all public authorities are duty bound to regularly display on their website a wide range of information, including all relevant facts while formulating important policies or announcing the decisions which affect the public. This proviso in the law was enacted to reduce the need for filing individual RTI applications. But this mandatory duty has been blatantly flouted by the authorities with most government websites themselves dysfunctional or not updated. What is the use of right to freedom of speech when the people do not have their rightful access to information?

The Judiciary needs to step in to ensure that the Government complies with the mandate of the Right to Information Act. But with the Courts themselves also averse to parting with information and with its functioning largely under a veil of secrecy, we are stonewalled.

But we need to battle it out and cannot allow the RTI Act to be choked by the government to a slow death. Steps need to be taken to strengthen the transparency regime that was sought to be established as envisaged by the RTI Act. Effective implementation of the RTI Act requires political commitment from the very top. Officials denying information or giving misleading and distorted information need to be severely penalized.

Governance by cloak of secrecy and opaqueness needs to be strongly resisted. It cannot be a hush-hush regime. We need to dismantle those walls of secrecy that continue to hound transparency and good governance despite the Right to Information Act now being in place for a decade. In those very words of Narendra Modi ‘Sabko sanmati de bhagwan’ (Let good sense prevail). 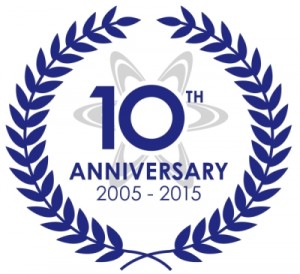